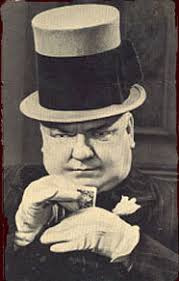 Contradictions …
From Business Week
Starting and stopping plans at will can enable execs to hit multiple stock peaks. After shares at storage technology outfit Network Appliance Inc. (NTAP ) rose 28%, to around 30, late last year, CEO Daniel Warmenhoven set up a plan under which he sold 600,000 shares for roughly $20 million from January to March. The sales stopped just before weaker earnings sent the stock tumbling below 28. In late August, after performance started to mend, Warmenhoven set up a new plan. Starting in mid-September he sold shares worth $15 million as the stock rose into the high 30s. His most recent automatic trade? Forty thousand shares, worth $1.6 million, on Nov. 16, a day after a strong earnings report sent the shares up 5%. Network Appliance didn’t respond to requests for comment.

I wonder why Dave Hitz doesn’t mention this in his blog about NetApp’s ethics?

When Dan joined NetApp, the first value he focused on – long before we had an explicit, written list – was Trust and Integrity. At the end of his first staff offsite meeting, Dan said, “I want everyone to rank our candor. You know each other better than I do. Did people say what they really believe? Did you? I won’t ask you to explain your score, but I’m going to go around the room, and I want everyone to give a grade from one to five – five is good – on how candid you think we were with each other during this meeting.”

Candidly, does Dave Hitz believe that it builds ‘ Trust and integrity ‘ to play games with stock values and plans which only serve to enrich the executives who run his company? How does that help NetApp keep their customers’ trust? How does playing with stock values create an atmosphere for technical innovation?

On a related subject, since reading an article in the Australian , I have contacted numerous NetApp suppliers to see if we can buy the ” Off the Shelf Technology” NetApp uses. Because NetApp’s CEO has said – We think of ourselves in the hardware sense as using standard off-the-shelf components.

So far each of the suppliers I have contacted has told me that the parts NetApp uses are proprietary to NetApp and not for sale. What kind of magical shelf is it that the NetApp equipment is kept on at these vendors?

I remain perplexed by these contradictions.

3/16/07 UPDATE One of my readers sent me this today to add to this post from today’s San Jose Mercury.
“For seven years, a majority of Network Appliance directors, together with its top officers, engaged in a scheme to grant undisclosed, in-the-money stock options to themselves and others,” the lawsuit says.